Message From a Child Who Was Addicted to Video Games

Addiction to video games and technology is a very common problem we face in our modern society. There are millions of children who suffer from it every day, being unable to control their behavior.

It might not affect the body like alcohol and drugs do, but it can still have major consequences on the addict’s life. These are mostly connected to poor grades and a lack of educational development, but also disconnection with friends and family, health problems, financial issues and depression.

It’s clear that something has to be done by the parents because children and teenagers haven’t got enough self-discipline or awareness to make conscious decisions. But I can’t agree with the recommendation that the access to video games and internet should be taken away by force.

Every situation is unique, but there are always hidden causes of addiction that may not be seen by parents. If something is out of balance and children cannot cope with the absence of technology, it means there is a strong need that is unfulfilled and playing a video game might be the only way that satisfies that need.

I understand how difficult it can be to communicate with a digitally addicted child because I have been one. I have seen my mother worrying, getting angry, controlling, fighting and crying. I have experienced how the whole family suffers. How relationships break down, but emotional walls get only thicker. When we feel lonely because we do not understand each other.

Today, there is a wealth of experts and material on how a parent should cope with digital addiction. I’m not a specialist or even a parent, but I know what it’s like to be a child who suffers from computer addiction because I went through (and ultimately overcame) it myself. That’s the perspective I want to share with you as well.

What Happened to the Joyful Kid?

I was once a child who enjoyed running, playing and hiking outside for days. There seemed to be no limits to my freedom.

I had friends who were always playing outside, waiting for me. I had classmates who invited me to the relay team because I had pretty quick legs.

I felt safe. I was proud of myself.

It all changed on the first day of my 3th grade when I came home from school at the age of 9 and went to play hide and seek at a nearby construction site. I was struck by a heavy concrete block that shattered not only my back but also my entire previous identity.

Everything changed in an instant, but I couldn’t adjust. My main wish was to experience closeness and security. Feel accepted and equal. Hold on to anything that would give me back my familiar life.

But I could not adequately meet those needs in my physical life. For a long time, I saw only what distinguished and separated me from others – a wheelchair and a pair of broken legs. I just wanted to escape.

In addition to the painful loss, I experienced a lot of bullying at school where I felt like a piece of garbage. It was a jungle where the strongest survived and preyed on the weak. Many classmates bullied me both verbally and physically, but most of them just ignored me.

I know that I was somewhat responsible for that, since bullying is never coincidental, but I could not change myself or behave any differently. So I was just a victim at this level of awareness.

Maybe I couldn’t communicate enough. Maybe I was too gentle and modest – in contrast to the growing aggression and extraversion of other boys. But maybe I was just different.

Anyway, something invited hostility and destructive jokes. One of my classmates, who was later expelled from school due to various problems, liked to grab my hand and pull it up while singing a song, which was quite amusing to the whole class.

I couldn’t even look into one of my classmate’s eyes because he felt intimidated by the fact that someone like me was looking at him. He stared at me with hate, ordering me to look away even though we didn’t have any personal issues. He just wanted to avoid any signs of friendship with me.

One of the boys even laughed at my atrophied legs and mocked me: “Serves you right!” Again, a tough blow to my self-esteem which was already quite non-existent. Instead of fighting back, I just took it in like I had deserved it.

I was often afraid of going to school, but I couldn’t even express it to my own family. I didn’t want to be a snitch. I was afraid it would have only made the situation worse because I was afraid of losing the respect of my classmates.

Instead of somehow trying to fight or resolve the situation, I embraced it all as if I deserved it.

The Only Place Where I Felt Safe

When I got home, I was finally able to escape my reality. I played computer games because it made me FREE. I could BE MYSELF and feel EQUAL TO OTHERS. I even used to be a clan leader in many games because I had the confidence. Just like in the old days.

In the virtual world I had the opportunity to be a completely different person. Be whoever I wanted actually. While I was nobody in my real life. There are many other reasons why video games are so attractive, but this was the root cause.

My mother didn’t like that. She wanted me to do exercises and take care of myself. I’m grateful that she forced me to move because otherwise I would’ve probably withered away completely. I felt a lot of resistance though. It was hard.

She felt that my computer addiction was destroying my life, so she tried different methods to stop it. Shouted at me. Threatened me to send me to a boarding school. Pulled the plug by force and banned me from using it. I understand why she did these things, but it added fuel to the fire.

The virtual world was my whole life. I felt safe and joyful there. If this was taken away from me, I felt panic and fear. Sometimes I hated my mother for it. Anger and resistance grew inside me. The relationship got damaged, and even years later I’ve gone to therapy to heal the wound.

Guilt and Sadness Under the Frustration

I was also angry at the fact that I couldn’t be independent. She came to pick me up from school, and it embarrassed me because I was old enough to be interested in girls. I didn’t like to be seen with my mother. I understood that it was needed, but I couldn’t accept it.

I was frustrated. I didn’t have the mood to talk to her while we were driving home. This hurt her really bad, and sometimes became angry or started to cry. I felt guilty because I felt I was the reason that she had so much pain in her life. She basically raised me alone…

When I tried to express my feelings, it easily led to more conflict and pain. That’s why I decided to repress my emotions and ignore her. Only when I arrived home and shut myself into my room, I could let all the emotions out and think to myself: “Forgive me, mother! I’m sorry that I am like this. I just can’t control myself. I don’t know what to do. Please forgive me.”

Deep Loneliness That Almost Killed Me

So I hated to be at school. I hated my whole life, including myself. And my mother didn’t want me to play computer games. Of course she couldn’t force me all the time, so I still played a lot. At one point she even gave up, but the damage was already done.

I was a very traumatized boy who felt alone. No one knew what I was going through. I felt like a burden to my family, thinking that I should have died when the concrete block crushed me. I felt like there was no meaning to my life.

Of course I hated the fact that I couldn’t walk. That I was different from everyone else. But most of all I suffered from loneliness and disconnection. It can be very painful if you cannot even talk to your family while dealing with such a great loss.

I tried to kill myself many times, but luckily I didn’t. I saved myself. My mother couldn’t. She gave up on me and one day I finally came out of it myself. I went through plenty of suffering on the way, but it happened.

Suffering was actually an important part of my transformation. A lot of people have waken up and discovered their true selves through the experience of pain. Because at one point it’s so painful that you just have to change. If I couldn’t die, I needed to wake up and start living instead. There was no other way.

It is a long story. But today I’m one of the happiest people on the planet. I know that everything can be healed. Everything is possible!

I only wish that things would be easier for others. For the children and for the parents. That’s why I want to share my story with as many people as I can.

The truth is that people always have the best intentions in their heart and do the best they can with the resources they have. There is no need to blame anyone. Me and my mother were both victims of the unfortunate situation. But we can learn a lot from it.

What I really want to say is that we must go deeper to find the hidden causes of our problems. We need to pay attention to our loved ones and try to understand what they are going through. We need to connect rather than fight and separate.

Every addiction is a sign that a need of some kind is unmet. We give our best to fulfill these needs because we want to feel good and do what’s best for us. If we keep that in mind, we can forgive and move forward.

I know my mother loved me and did everything she could, although it was difficult to really understand her point of view while dealing with my emotions at the same time.

So things are not always what they seem. We actually care more than we express. Know that deep down your children are grateful for everything you do for them!

Why Should You Wake Up Without a Phone In Your Hand? 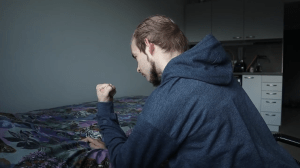 3 Reasons to Make Your Bed Every Morning 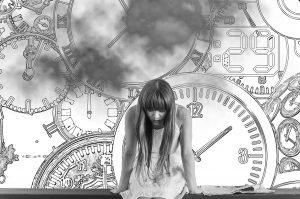 You Can’t Rewind the Clock. But You Can Overcome Regret Right Now 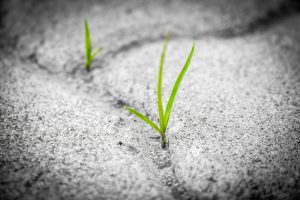 How to Maintain Motivation Without Any Guarantees? 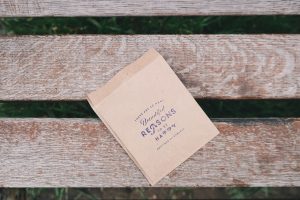 What Am I Grateful For?